It is deeply disturbing to see the opposition, media, and sections of religious clergy connive to vitiate communal harmony by unleashing malicious propaganda,  made of spurious charges against the GOI. In their desperation to somehow malign the PM, and his government, they seem to care two hoots about national interest. Thanks to their "outstanding" work in collaboration with powerful  Christian fundamentalist groups, whose stated aim is to harvest the soul of every last human being for the Christ,  our country is often being clubbed with Pakistan when it comes to religious freedom by commissions formed by the likes of EU, US Congress etc. Having a lancing glance at recent incidents is enough to see through the concocted stories being spread, and understand the deep seated malice.

1) Disgusting incident of the rape of a venerable nun in Kolkata was blamed on RSS affiliates by a ruling TMC minister, and rest of the politicos, media, and sections of clergy went ballistic blaming the GOI of encouraging attack on minorities, and even dragging in the PM. Later, when Kolkata police arrested illegal Muslim immigrants from Bangladesh, everyone lost interest in the case; not even an apology rendered.

2)Desecration of a Church in Agra blamed on Hindu groups, and blame squarely put on GOI for encouraging communal strife; Alas, now UP police arrests a spurned lover, A Muslim youth distraught at his love for a local Christian girl going unrequited.[ Apologies for mentioning the religious designations; but required to lay bare the propaganda being spread]
3) Even incidents like electric short circuit, cricket ball smashing the window panes, and drunken misadventures of a few young men who made a wager were played up by media, politicos, and sections of religious clergy as a vicious communal campaign against minorities done with the blessings of GOI.

4) Even the secular credentials of the Supreme Court, and the CJI of India was questioned by these brain dead, prejudiced farceurs in their desperation to make the GOI look bad. They had no qualms about maligning the one institution which can protect the constitution, rights of minorities in case of any eventuality in the future.

5)Regarding the high decibel campaign about Churches being under attack in Delhi, statistics of crimes against religious places released by the authorities show that while there has been hundreds of such cases regarding temples, a significant number regarding mosques, and gurudwaras; the number is in single digits when it comes to Churches.!!

The people who are trying to portray India as an intolerant, totalitarian nation where minorities are under grievous threat; out of their desperation to score political brownie points, are grossly damaging our national interest by maligning India's image abroad, and sowing seeds of communal discord within. India is probably the only nation in the world where the majority community suffers from a persecution complex[Reason being, hundreds of years of subjugation by foreigners who mostly viewed indigenous culture with contempt]. Add to that the attempt to scare minorities of an existential crisis by using majority community as the bogey man, we are staring at a catastrophe. Further, the clergy, and people who genuinely care about minority rights will do well to remember the fable of the shepherd who cried wolf; there will be no one to help if God forbid, a genuine crisis strikes.

PS: I am in no way arguing that there are no communal strains in our country; but we have to agree that India provides a high degree of religious, and political freedom which is on par with almost every liberal nation. The point is, rather than trying to widen communal chasm, and peddling lies, and half truths for political gains, we should try to bring everyone together, and work towards a strong, prosperous, and united India...
Posted by Vaisakh at 07:13 No comments:

CRIME AGAINST WOMEN- DO WE NEED A MORE PRAGMATIC APPROACH? 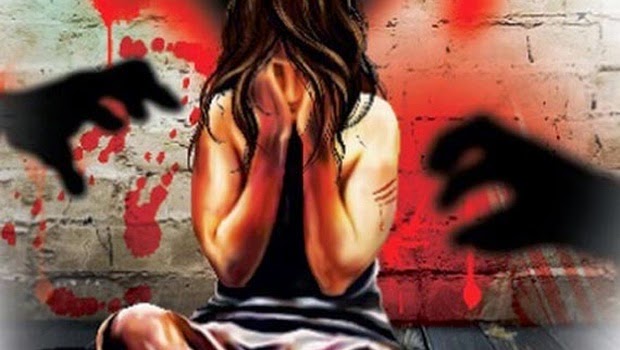 Rising statistics of crime against women and children is a pointer to the abysmal lows our once great civilization has sunk. Rot has set in; almost everybody is raising their voice. But it occurs that we are missing the point. We are beating around the bush; reluctant, or I would even say shy to confront the vexed problem head on. Responses of our activists, politicians, and even the media borders on the extremes. On one hand they clamor for barbaric punishments for the offenders, and on the other hand they hold women responsible. As if chopping off the genitals of a rapist or confining women indoors after the sun set will solve everything; it’s just a dystopian illusion. What is required is a change in our perspective towards women, and our so called sense of morality.

We have become too rigid a society. People can’t stand a boy and girl walking together. They will invariably stare at you like you are some criminal. Hooligans doubling up as self-styled moral police men have the audacity to harass and even beat up young couples. We find people ranting that in our culture, sex is taboo; something that should not be discussed outside the four walls of your house. But is that really so in Indian culture? Indians had always considered sexuality as divine. Be it the Shiv-Shakthi, sensually erotic paintings, and sculptures adorning our ancient temples, or even the great literary work, Kama Sutra; we were confident and proud of our sexuality. But unfortunately today’s India reminisces of the Victorian Europe, laced with even more regressive influences of Islamic rule. While the modern world has embraced the ancient Indian wisdom about sexuality, we are still stuck with the hypocritical Victorian moral code, enshrined on Indian psyche by our brutal colonial past of subjugation. Unfortunately there is no ratiocination on the matter either by media or even the intelligentsia.

What we need is a change in our entrenched attitude. Imparting sexual education, and organizing workshops on ethics for our youth is a must. Moreover, we need to open up about our sexuality. After all, it’s the most primal of our desires. Students after adolescence should be educated about their sexuality in a gradual step by step manner. They should be taught to respect their body and the opposite sex. Unfortunately, Indian adolescents are mostly left to fend for themselves in this crucial phase of their life. They don’t know what to do with their feelings and urges; they don’t know what is right or wrong. Generally parents and teachers are very reluctant or I would say too shy to discuss the topic. Leave alone adolescents, even a significant proportion of 20 something’s in this country have shockingly little knowledge about sex or sexuality. Only avenues most of them have to garner bits of information are grainy porn clips and yellow magazines, which paints a dubious, and distorted picture of sexuality in their impressionable minds. This has to change. Of course, the government has been making some attempts, feeble though, at imparting sexual education to youth. But, unfortunately, they have mostly wilted away under pressure from religious zealots.


The brutal Delhi rape shook India’s conscious. Though more heinous crimes had taken place and still take place here, the middle class resonance and media spotlight transformed the gruesome incident into a national tragedy. The enormous buildup made it our moment of catharsis. Government’s hands were forced into taking some action. But apart from knee jerk reactions, we are not addressing the root cause. We are just going for superficial solutions, paying only lip service to rising concerns, while betraying a fierce loyalty to an outdated moral etiquette . This is best evident from a recently admitted PIL in the honorable Supreme Court of India for making watching porn a criminal offence. This is just ludicrous. We are boxing ourselves to a corner here. Though highly unlikely, if such a law ever comes into force and is implemented in letter, a vast majority of our young, and not so young population will have to be incarcerated!!. Is this our silver bullet to prevent crimes against women? Then I am afraid that we are seriously deranged, and retarded as a society.


Now coming to the most vexed topic of them all, prostitution. Should it be legalized? Most of us are not even comfortable with the topic. Even those who strongly feel that prostitution should be legalized is afraid to air their view openly as it would be ‘politically incorrect’ to do so. Stigma associated with prostitution is a bit too much to confront. But, whether legal or not, prostitution thrives. Sex rackets traffic young women and children and force them into the flesh trade. They are brutally exploited and violated. They can’t go to the police or any other authorities as they are virtually non-entities for the powers that be. The money paid by pleasure seekers is mostly tunneled away by the cartel leaving them just enough to survive. They are just treated as a commodity, thrown to dogs when their youth fades. And, they are left to fend for themselves, with no means to earn their bread and staring at social ostracization.


Legalizing prostitution will enable government to effectively regulate flesh trade. Trafficking of innocent women and children will come down drastically, provided government agencies show some will. Also, the prostitutes will get at least a semblance of dignity and there will be an end to their ordeal of brutal subjugation, and exploitation. Further, they will get the deserved monetary benefits for their work, and will also help control the spread of sexually transmitted diseases as health and fitness certificates will become mandatory. It will also help people to release their pent up sexual energy safely; sexually aggressive behavior, and frustration will tone down considerably making women much safer. We should also remember that prostitutes were not looked down up on by ancient India; rather they were given a position of relative dignity. So it’s highly desirable that the nation gets into a healthy debate about the viability of legalizing prostitution.


Finally as a nation, we should learn to respect women. The stark reality that we have come to this, is a gross injustice to our great, ancient civilization, which taught us to worship woman as Para Brahman, which translates roughly to supreme deity/soul. We have to stem the rot, and for that the authorities, and the public should work in tandem. We must strive to find lasting solutions rather than go for knee jerk reactions to satisfy the collective consciousness of the society. For that we have to go back to our roots. Twenty first century is said to belong to India. As we restore our great nation to its past glory, and exuberance, let’s not forget to restore the dignity of our women.
Posted by Vaisakh at 08:25 1 comment: